The monks had a motto, “ora et labora” (pray and work).

The monks preserved civilisation by being industrious and teaching folk in many countries how to cultivate land, breed cattle and horses, the brewing of beer and the raising of bees and fruit. In Sweden they taught folks the corn trade, in Parma it was cheese making, in Ireland salmon fisheries and in many places vineyards. Monks never wasted time. They were either praying or working, so they became very wealthy and owned a lot of land. Monks were only provided food and accommodation. They received no wages, so all that was earned went to building up the monasteries.

Some of the inventions they used to build industry included gears and waterwheels.

I will explain to you how these inventions work.

Gears have existed since the invention of rotating machinery. Antikythera mechanism was a device which used gears. It was used in predicting astronomical positions, eclipses, the motions of the sun, the moon and probably some of the planets. Because of their force-multiplying properties, early engineers also used gears for hoisting heavy loads such as building materials. The mechanical advantage of gears was also used for ship anchor hoists and catapult pre-tensioning.

Next we will take a look at water wheels

The water wheels were used for crop irrigation and grinding grains, as well as to supply drinking water to villages. Later on they powered sawmills, pumps, and many other industries.

I hope you enjoyed learning with me about monks and how they preserved civilisation through industry.

(My mum helped me write this)

8 thoughts on “Why were the Christian monks able to help preserve and restore civilization after the Roman Empire collapsed? What were some of the inventions they used to do so, and how did they work?|History4-lesson20” 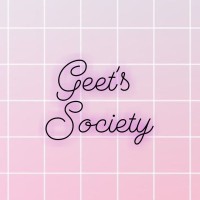 hmmm can not find anything? search here then! 🤔

poetry/poem, essays, writing everything I adore or not so:-)

A daily dose of God’s touch in a minute...